Hello! Let’s introduce some music into this blog -or it will dry up completely! Here is an old gothic song by Type O Negative, paying homage to my origins amongst the wilds of Scotland. I am the perennial Green Man.  Permaculture must always begin with wilderness! The wild non-human society of the whole of Earth is the mother of human society; and that umbilical chord is meant never to be broken.

This is a post all about my lifepath (the short version!) and how this bears on my current perception of myself as a practising ‘activist ecopreneur’ in the realms of mental health, business and Permaculture. I want to INSPIRE other folk who at heart want to try a similar path, folk who have a lot of drive if only they would uncover it and stop listening to the voices in society that would have them follow a conventional career path, to serve conventional masters. That is, those entrenched institutions of corporate capitalism, patriarchy and kyriarchy that would appear to reward coercion and greed. We must rebel against those! Resistance is everything!

This post may seem like a very self-absorbed exercise, but I feel that to properly know oneself, including one’s whole history in its socio-cultural (including political) context, is necessary for the wisdom required by the aspiring positive changemaker (that’s me). Permaculture -at least according to Graham Bell– requires that we individually and collectively track our impact on the Earth’s resources as far as possible. Coming to terms with my history will enable this. I will explore this further in future posts. I also want to build up trust with my readers; I want you to know me pretty well; and if you want, to learn from my victories and ‘mistakes’ i.e. learning experiences.

My first community breakdown, the first of many, (but of course, I am a modern person) happened when I was three years’ old and I was torn away from my early playgroup friends (Craig, Caroline, Kirsten) for the sake of my father’s career. From Scotland to the southwest of England. It was not his fault. Market forces prevailed. It was and still is, a rich man’s world, of course. It’s all about the money. 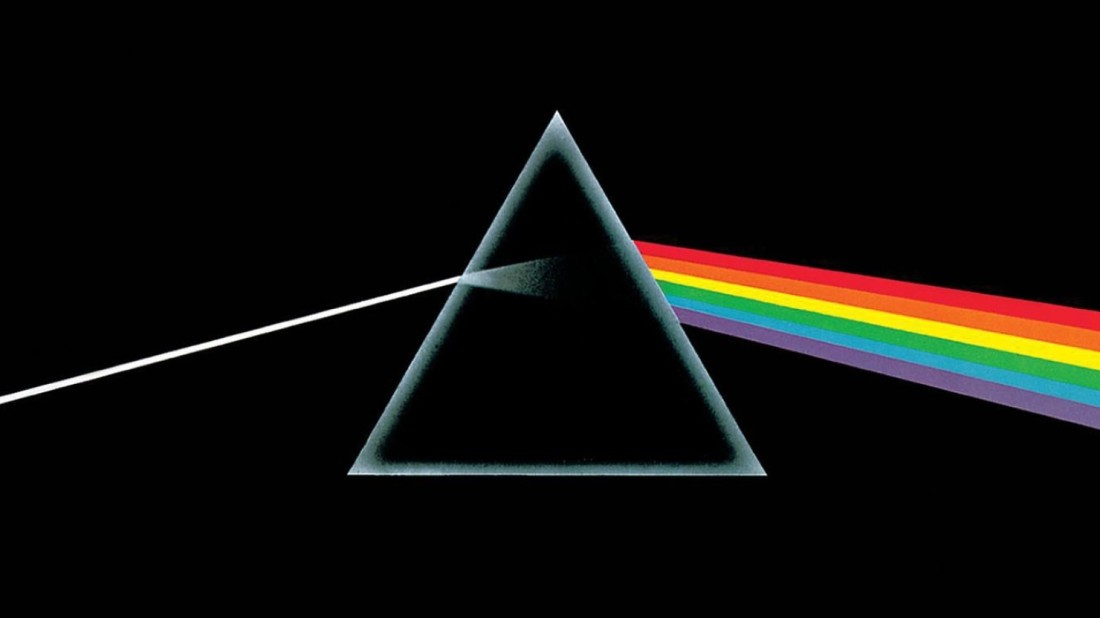 My father left the family home when I was six, not to return (although I would see him fairly regularly.) This remains the central wound of my life. However it is a wound that has taught me a great deal about the makeup of society; about gender roles, capitalism and marriage; about patriarchy and class. Moreover, this initial wound has spurred me on to a deep interest in the creation of a sustainable human society. There was a delay of a few decades before the wound was really focused into this positive drive for global harmony. Meanwhile, and not necessarily through any fault of my father’s, I missed out on being fathered. It was perhaps an ideal and elevated version of ‘the father’ when I would think, ‘Wish You Were Here’.

I didn’t know anything about mental health, business or Permaculture for the first 20 years of my life; well, not very consciously or coherently. However, I did learn how to write. Off and on since primary school age I have loved to write. I have also found an affinity with musical expression since aged three, mainly using the family piano.. Add to that an enjoyment of drama from aged 11 onwards; so I’ve always been highly creative and expressive. I’ve only begun to properly focus my creativity and expression recently; now in my late thirties. The Epic Tomorrows blog is partly a manifestation of all those years of creativity, re-focused. I have every faith that this could be a stairway to heaven.

I went to university mainly because everyone said I should. I had a pretty difficult time although I made a good friend, since lost to me. After two years I suffered a ‘mental breakdown’ and left without a degree. For want of more explanatory words, I was ‘anxious’, ‘depressed’ and ‘paranoid’. This was the drug-induced breakdown of my spurious ‘self’. Looking back, it was something that needed to happen. The violence and suddenness of it was unnecessary (blame the criminalised drug trade) but I certainly needed psychic ‘rearrangement’ in order to grow as a human being relative to a complex modern society; relative to the context of my upbringing. The violence and suddenness of a lot of the music I listened to was also unnecessary, but I still hold a place for the energy and righteous anger of heavy metal! It’s in my roots. 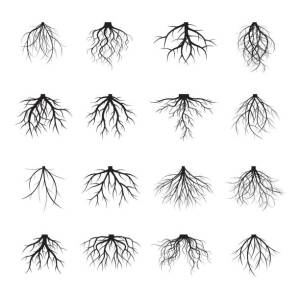 After my breakdown I was soon taking anti-depressants and anti-psychotics at the suggestion of the medical establishment. I was on these for a few years. Psychiatric medication is a very subtle issue on which I don’t want to be misunderstood. Let me put it like this: I strongly believe, from the research I have done, that although the medication superficially allowed me to move forward in life, on a deeper level it not only left the causes of my dis-ease unaddressed, but allowed underlying causes to be compounded and worsened by neglect. Nowadays, neuroscientists and psychiatrists at the top of their professions will admit that there is no known neurochemical cause of mental illness. This is despite public belief to the contrary, influenced by years of marketing by pharmaceutical companies. For an excellent and very well-researched expose of all psychiatric medications, please read this book Anatomy of an Epidemic. In short, the drugs don’t work, but I’m still very much alive.

-Which is more than I can say for some of the residents I worked with in a 12-bedded unit for adults living with ‘mental health issues’; knocked out by medication and the negative affirmations of psychiatrists-

-After I returned to Somerset from university, it took me a couple of years to get on my feet again. But something very beautiful happened. My deep suffering led to my feeling great empathy for other human beings for the first time; I wanted to help anyone and everyone who had ever suffered from mental ill-health. My own heart and mind were also helped enormously by taking up meditation in my mid-20’s. This helped me wean myself off psychiatric medication. My heart became a little firework. The problem was, in the mainstream mental health services, I was working in a system that on an institutional level didn’t care enough for the true causes and cures of mental dis-ease. After a few years, I left my mental health work, disillusioned.

To cut a longer story shorter, for the purposes of this post, I then started to volunteer on land-based projects; conservation projects, woodlands and smallholdings; gaining an understanding of land-based living and ecological sustainability issues. My attraction to these projects was partly their beneficial effect on my mental health, and I soon came to see, although I have only been able to fully express this recently, that mental health and the ecological sustainability of human culture as a whole, are fundamentally linked. I started to learn,  mercy, mercy me! about the ethics and principles of Permaculture (permanent culture) and how these could be applied to society in general; not just to sustainable food growing systems, which are the origin and specialisation of Permaculture.

During a few years where I lived on a low impact woodland project, mostly without electricity, in my own very individual way I developed a theoretical framework of ‘Permaculture’ (very loosely formed) with which I found it was useful to address all the ills of the world -including mental ill-health- in a coherent, sustainability-focused way. I developed strong political views during this time also, seeing the ‘neoliberal’ patriarchal corporate capitalist paradigm as the conglomerate evil monster of unsustainability that must be killed at all costs. 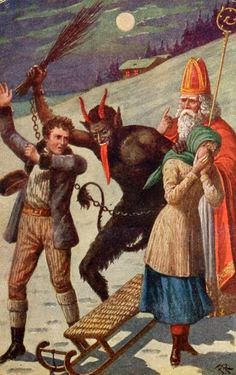 All you good good people! It is only in the last three years or so that I have realised that capitalism, at least for the few decades to come, can be part of the solution, as well as the problem. In order to redistribute wealth for social and environmental justice (not to mention mental health!), change political and economic systems and weaken the power of the over-powerful institution of the nation state, there is a strong case for the rise of ethical, political, independent entrepreneurs. Entrepreneurs whose aim it is with their businesses to re-embed human beings in their landscapes and create a globally sustainable human culture, necessarily involving challenges to those in government, local or central, as well as challenges to large corporations. Who said you can’t be an activist and an entrepreneur at the same time? I have now come to the view that more than ever we need those individuals who are critical of corporate capitalism in theory, to stop their hypocrisy of working for corporate giants and be more creative in how they make a living. This is the path I have chosen to follow, although in my case I was never working for a corporation (except perhaps the NHS).

In my own case, a fair degree of desperation and frustration have gone into my drive and aspiration to be an entrepreneur. I almost don’t know what else to do; but the ethics explained above and the integrity of my lifepath leading naturally into this new direction, still hold true. Nowadays, my mental health is a subtle subject (as any human being’s should be). I still suffer from certain extremes at times, addiction and instability. I still get kind of blue and I still need time out.

In modern times, mental health and well-being can best be expressed in terms of social and environmental sustainability; in other words, we need to ask ourselves, how are our emotional and mind states socially and environmentally defined, and how do they contribute to the larger narratives of our lives in the contexts of sustainable and unsustainable elements of modern global society?

Essentially, I am a writer first and an entrepreneur if I’m lucky. If one doesn’t follow from the other, at least I hope you get something from my writing. As for what’s to come, ah um...just…get ready! 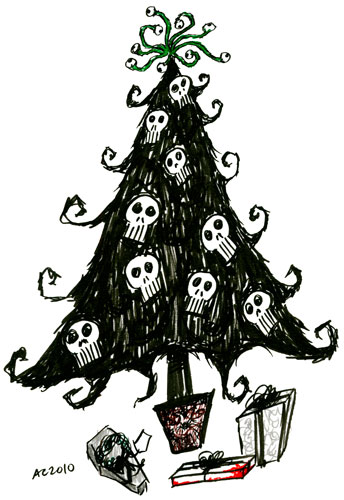 2 thoughts on “How I Got Here: An Ecopreneur’s Story; Permaculture, Business and Mental Health Integrated Process #1” 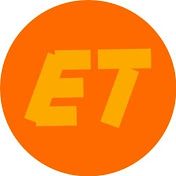